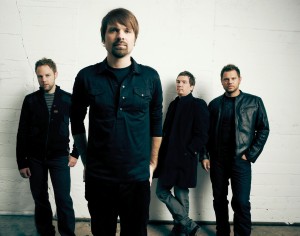 Anyone get why this picture is here? 20 points to the first person who can tell me in the comment section.

Here it is, the end of the third day of my challenge to consume only Christian media, and I’ve survived.

Not only survived, but I’ve actually learned something, I think.

I’m ashamed to say it, but taking part in this challenge has brought home to me the obscene amount of media that I consume on a daily basis, without even realizing it. As if waking up from a dream, I clearly see now that from morning until night, I’ve got somebody else doing their level best to manipulate or influence me in some way.

“Buy this product! Be scared of this threat! Believe this ideology! Curse this leader! Praise this celebrity! Think like I do! Achieve! Agree! Purchase! Comment! Consume!” 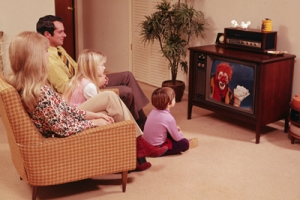 The craziest thing about this is that just a few years ago, we were taking in a fraction of the media that we consume now. Growing up in the 70’s and 80’s, we had four television stations, a morning newspaper, a collection of books, magazines, and records, and on the occasion of something really good to see, an infrequent trip to the cinema.

Now, we carry all of those things around in the device in our pockets.

And we’re constantly staring at the little screen.

And taking in the noise of it all.

Having nothing but Christian media to consume has forced me to turn my back on 95% of the noise, and my subconscious desire to see the vacuum filled has been foiled time and time again these last three days. It’s certainly not been from a lack of trying, but from a lack of much to interest me coming from the world of Christian media.

Yes, I have found some things that I like.  I’ve enjoyed listening to a few good podcasts (Steve Brown, etc; More Than One Lesson; Christ and Pop Culture); I’ve started what seems to be an interesting novel (The Green Ember by S.D. Smith); I watched The Song (read my review here); and I began developing the habit of waking up every morning to Skye Jethani‘s daily devotional – which also includes a good reading of Scripture.

I’ve also spent hours wading through all sorts of Christian media that hasn’t interested me in the least.  Some, because of the content, and most others because of the quality, or lack thereof.

But I think this has been a good thing.  Even though there’s not much to interest me, I have been impressed by how many Christians are still out there creating.  This, I believe, is to be celebrated.  Rather than just consuming the noise, they are trying to create something that offers a counterpoint to the noise.

After all, there is the off chance that God will do what He did so often in Scripture, and use our weakness to show his strength, and even our often unimpressive media to draw people to Himself.  Does that mean He desires us to make bad media?  Of course not.  Might it mean that He wants us to do our best, depending on Him along the way?  I think so.

Yes, God uses some pretty foolish things and pretty inadequate people to point others to Himself.  Who knows?  He might even be using this blog!  Wouldn’t that be something?

By the way, I’d just like to point out that it’s been about one year since I published my first novel, Thimblerig’s Ark.  My own attempt to create a counterpoint to the noise.  I’d love to hear what folks think about it!