This morning while I was having my coffee, this headline came across my Facebook page:

Curious, I clicked it, and read a testimonial from George Perdikis, one of the co-founders of Christian mega-group, The Newsboys.

As I read this article, a few things that Perdikis said popped out at me.

I always felt uncomfortable with the strict rules imposed by Christianity. All I wanted to do was create and play rock and roll… and yet most of the attention I received was focused on how well I maintained the impossible standards of religion. I wanted my life to be measured by my music, not by my ability to resist temptation.

The Christian music scene is populated by many people who act as though they have a direct hotline to a God who supplies them with the answers to the Universe. There seems to be more ego and narcissism amongst Christian musicians than their secular counterparts.

The truth is — from someone who knows what went on then and what goes on now — the Newsboys aren’t as holy as they profess. Instead of wearing a mask of “righteousness,” they should acknowledge that they are struggling as much as everyone else.

It’s one of the unfortunate truths of life that we Christians love having Christian celebrities as much as the world loves having theirs.  Read 1 Corinthians 1:10-15 and you’ll see that even in the early church Christians had the bad habit of idolizing other Christians.  But unlike the world, Christians typically add unrealistic expectations to our idol worship: holding our idols to perfect standards that they – and we – simply cannot keep.

This is true with Christian singers and musicians, church pastors, academics, athletes, writers, and many other high-profile occupations.  These are our Christian idols, and while they may desire to point people towards God, we quite often nod in agreement about their proclamations about God and then spend the bulk of our time dwelling on them – the idols themselves. 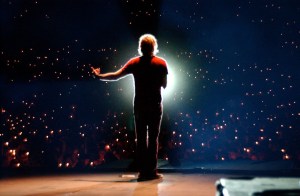 In their defense, I know that many inadvertent Christian idols hate this.  They work hard to be accessible and to spend time with the people who come to their concerts or lectures, to be real people.  But as hard as they might work towards pointing people to Him, we still adulate them and hold up as super-spiritual superstar role models.  It’s as if their ability to play chords on a guitar, write catchy or poetic lyrics, write a compelling novel, or put together an effective Bible study somehow makes them extra-special to God, gives them unique knowledge about God, and designates them especially worthy of our praise.

And then, when it turns out that they are just as messed up as the rest of us – when, for example, their sin becomes public – we toss them to the curb for not living up to the standards we – the Christian audience – have set up for them.

And then we move on to the next Christian celebrity to idolize.

Actually, I feel somewhat sorry for our Christian idols, because they have to deal with our adulation.  As funny as it might sound to our fame-craving culture, I can’t imagine anything more difficult for a Christian than actually making it in a field that exposes them to celebrityism.  Unless you are truly grounded, with a team of non-celebrity friends close by who will warn you when you’re starting to wander off the ranch, you will live in constant danger of believing that you are as wonderful as everyone around you tells you that you are. 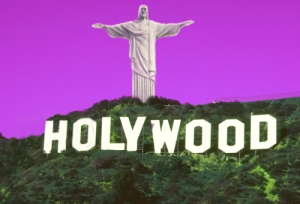 We have an opportunity in filmmaking by Christians – a relatively new animal – to do things differently than we did with music and publishing, and I believe part of that comes from not creating an industry around Christian film, but building up professionals from within the existing industry – as missionaries.  Not celebrities.

We have the fresh possibility of intentionally seeing our filmmaking artists – no matter their level of success – as children of God, who are constantly battling their own flesh-driven thorns just like we are, who are the same as we are in God’s eyes, even though they may be able to turn a phrase in a special way, look good on camera, or have a unique eye behind the lens.

What does impress Him?  Among things, this…

Abide in Me, and I in you. As the branch cannot bear fruit of itself, unless it abides in the vine, neither can you, unless you abide in Me.”  John 15:4

Fellow Christians, we must stop idolizing other Christians, no matter what their calling.  They’re people, just like you and me, using their gifts to the glory of God.  When we idolize them, we set them on a path that is potentially destructive for them, that could lead them and us away from Him – the only one who deserves our praise.

So admire our Christian artists, academics, writers, and pastors; appreciate and enjoy their gifts; pray for them, certainly.

But let’s keep the idolizing where it belongs.

In front of this guy.