Thimblerig’s Ark blog is pleased to have a guest reviewer joining us today, Jay Stroud of Chiang Mai, Thailand.  Jay and I had a brief discussion of the first episode of The Jim Gaffigan Show, and he agreed to share his thoughts on the blog.  Much appreciation to Jay, and to Jim Gaffigan, for giving us a glimpse of his upcoming show, which will air this summer on TV Land. 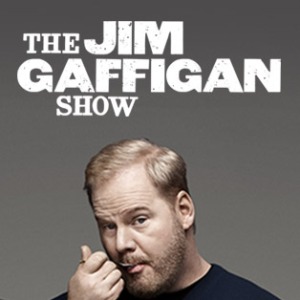 Last night, I had the opportunity to watch the first episode of The Jim Gaffigan Show. I enjoy him as a comedian as he brings out the humor in everyday life stuff without feeling the need to go for shock laughs that spring more from discomfort than actual humor. That being said, the subject matter of his first episode was certainly surprising.

In the story, Gaffigan is leaving for a comedy club and his wife asks him to stop by their church and pick up a Bible the church had given her. He picks it up on the way but it turns out to be a very large family Bible that would draw attention anywhere. After the show at the comedy club, Jim has his picture taken with a fan and because he was holding the Bible, it showed prominent in the picture. It hit social media the next morning and the entire country was convinced that he was outspoken about his faith, though it was never a statement he intended. The story follows Gaffigan trying to navigate the media circus and how the media can affect public thought about celebrities.

It was an interesting character study on ‘the media’ and fact checking in general but also true and false perceptions of Christianity. It’s amazing how often we forget to use logical thought to challenge what the news and media put out and even more, what is perceived as common perspective, eg. “I can’t be outed as a Christian, people think Christians are stupid.”

This episode painted a picture of the cost of identifying with Christ. It means laying down your life which could mean your career or even your physical breath in the end. In such a polarized society, cultural forces are bound to tug you one direction or another and put you in tough positions where you have to choose. It is not always expected but calls for one to think on their feet as challenges come fast and furious. Gaffigan was not prepared to answer the questions or which way he wanted to be pulled. In this moment, I think he’s found a place that millions of people can identify with. 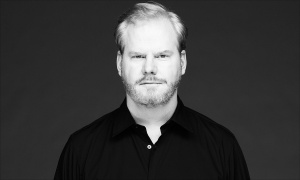 There are ways to work as a Christ follower more shrewdly than publicly having your pic taken with a giant Bible, and though inadvertent in this episode, some call that kind of attention to themselves purposefully, not expecting somehow that they will get more attention than they can handle and generally the unproductive kind. You wouldn’t stand on a street corner in Iraq declaring Christ without expecting it to blow up in your face (literally perhaps). Christians should be ready for questions that will come and cultural tugs to be clearly who we are.

In a way, it seems that Gaffigan did exactly what he feared. He is open about being Catholic and in this episode, he was able to face down fears about that. He was able to explore right and wrong ways sharing he is a Christian in fictional character. This is a safe way to start discussion and work through worries and issues that we all think about when living out our faith publicly. In this way, Gaffigan exorcised his own demons. At the end of the episode, he had his choice, but in real life, he also makes the choice to be who he is and let the chips fall where they fall.

Favorite line: “I can’t take the Bible in the comedy club. I might get stand-up comedy on it.”

Click here to see more about The Jim Gaffigan Show.