And if you haven’t gotten your copy of Thimblerig’s Ark, the ultimate groundhog novel, what are you waiting for?

Click here to get your copy of Thimblerig’s Ark!

In honor of yesterday’s most important holiday Groundhog’s Day (why isn’t it a day off, Mr. Trump? That should have been your first executive order!), we’re pleased to announce that Thimblerig’s Ark will be free for download on February 3 and 4!

The second book in the series is nearing completion, and so you want to make sure you grab the first book while you still can. And tell your friends!

You already know about Noah. Just wait until you read the animal’s story.

Thimblerig is a little groundhog with big problems.

He’s a loner con-artist who’s losing his mojo; the wild dogs who run the forest harass him at every turn; he’s having vivid nightmares of apocalyptic floods; and worst of all, he believes he sees unicorns when everyone knows unicorns are only the stuff of legend.

But what one animal might call a problem, Thimblerig calls an opportunity.

In a moment of inspiration, he comes up with the ultimate con: persuade as many suckers as he can that a world-ending flood is coming; the fabled unicorns have told him where the only safe place will be; and only he can lead them to safety.

All for a reasonable price, of course.

When the flood really does come, Thimblerig has a choice: either save the ones who trusted him, or lose everything.

And that’s when he discovers that his problems have only just begun.

And if you haven’t taken the time to read Thimblerig the groundhog’s story, and how his scheming saved a bunch of animals from Noah’s flood, run now to Amazon and download the first book, Thimblerig’s Ark! Click on the cover for more info. 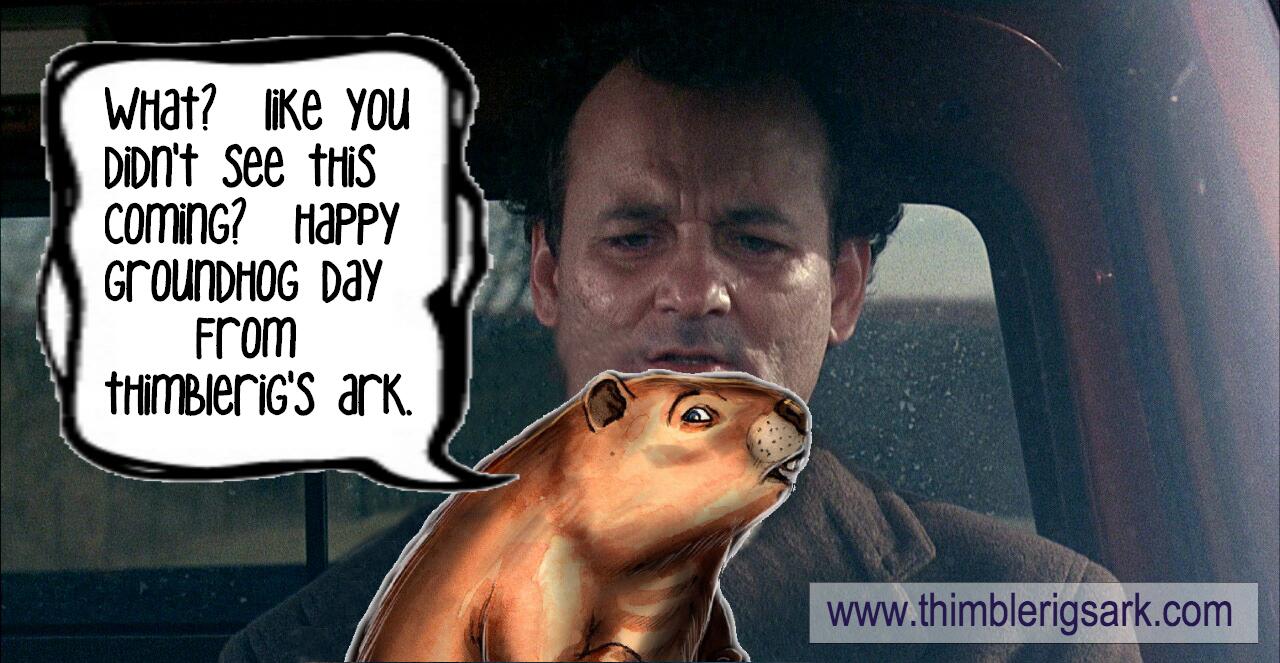