It’s been a very interesting day 24.

First, I started the day by wading into the American culture wars, and losing a Facebook friend over the gay wedding cake baking issue.  My point?  As Christians, we should consider responding to people the way Jesus responded to people, with more concern about the people we’re interacting with than our rights as Americans.  I was disappointed that my Facebook friend – who identified as a conservative Christian – was so adamant, obstinate, and even insulting (which is what ultimately led to his de-friending me).

Conversely, I’ve been encouraged by the numbers of Christian friends who have chimed in since, recognizing that living as Christians in 21st Century America is not simple, and acknowledging that our role as followers of Jesus might take us to some uncomfortable places.

We 21st century American Christians have a really hard time divorcing our Christian faith – which should be paramount – from our American citizenship.  Over the past few years, it seems like God may have been working pretty hard to demonstrate to us that our hope should not be in our wealth, in our security, in our political party, in the president that we would prefer to win, or even being the dominant cultural force.  At the end of the day, most faithful Christians in history have lived under difficult circumstances, and we shouldn’t be surprised if our experience is anything else.

In fact, we might even find that we’re growing stronger in our faith when our lives are watered with difficulties, rather than stagnating in the pools of comfort and ease, which is what most of us really want, at the end of day. 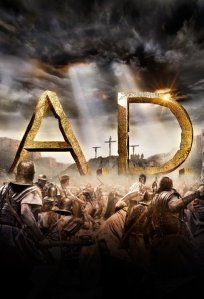 Second, I ended the day by watching the first episode of A.D. The Bible Continues, the brainchild of Roma Downey (how did she ever go from playing an angel to being the Mother of Christian Filmmaking?) and Mark Burnett (and how did he go from Survivor to being the Papa?).

I have mixed feelings about the start of this mini-series.  On the one hand, I’m glad to see that someone with some clout in Hollywood has the courage and the vision to tackle this project.  Nobody has really ever done what the dynamic duo is doing, and so kudos to them for the ambition.  I’m really curious to see where they take this series, and what they do with the early church.

On the other hand, the first episode didn’t really grab me.  It seemed rushed, in a hurry to get through the crucifixion, which hit me as odd.  Also, I disliked the way that it was written, as if everyone really knew who Jesus really was.  Nearly every line seemed to be filled with the truth of Jesus’ importance, even though it hadn’t been proven yet, which made me feel like many of the lines weren’t earned.

For example, when Pontious Pilate questioned the guard who was responsible for expediting Jesus’ death, it seemed especially pointed that the filmmakers were trying to prove to the audience that Jesus was dead.  It was – as they say – a lot of telling, rather than showing.

It seems like we Christians just really have trouble with writing with subtlety, don’t we?

I am going to stick with the mini-series, because I am curious where they’re heading and how they’ll get there.  I’m expecting a lot of on-the-nose dialogue (which should please the majority of my Christian brothers and sisters, unfortunately), and I don’t expect many surprises, and at the end of the day, I’m guessing that the mini-series will just be alright, but nothing special.

But it does give me something to watch, and for that I’m grateful.

But why – again – do people in the Bible have to speak with British accents?  I just don’t get it.  But at least they had some diversity in the casting!

By the way… a Christian-made film I’m looking forward to? 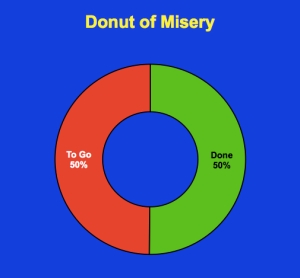 I stand at the midway point of the challenge, with as much lying behind me as lies ahead.  The “donut of misery”, as they say.  And yet, I’ve settled into a comfortable routine, enjoying certain aspects of the process, and disliking others.

I’ve enjoyed finding some wonderful Christian-produced media, much that I probably wouldn’t have discovered without the challenge.

More Than One Lesson Podcast – Movie talk for the discerning Christian (which I actually discovered before the challenge, but I’ve been enjoying listening to the back episodes)

The Bored-Again Christian Podcast – Christian music for people who are tired of Christian music (update: I just realized that this podcast appears to be dead –  not updated for a couple of years, sadly.  Still, the back episodes are worthy of listening)

Christiancinema.com – a great source of films

World Magazine – a news magazine I used to enjoy in print form, but have been glad to rediscover online.

Sufjan Stevens – an extremely innovative musician with a Jesus underpinning to his music.

And, as a person who really disliked God’s Not Dead, I’ve been pleasantly surprised to find some Pure Flix movies that I’ve enjoyed.  Not to sound snarky, but this has been a big surprise to me, but again – a pleasant one.

Finally, I’m also excited about the growing list of things I want to read/listen to/watch when the challenge is complete.  It will be nice to have choice back again.

At the same time, I have not enjoyed some of the Christian-produced things I’ve encountered, although I have found a growing appreciation for the Christians who are creating media, regardless of what I think of the finished product.  Producing media is extremely difficult, and for a person to take an idea to the finish line is admirable in any situation.

Speaking of choice, one thing I’ve really disliked is not having any real choices of credible news sources.  Typically, when not doing this challenge, I like my sources to be varied, because I think that is how I can come closest to getting the true story.  Limiting my news to only Christian media outlets has severely limited my ability to get an unbiased perspective on world events.

Last night my family sat down to watch Exodus: Gods and Kings.  It seemed appropriate to watch a film about The Passover on Good Friday, and I was all prepared to not like it because of the way so many Christians responded negatively to the film.

But I really, really liked it.

People said the film was boring, but I was completely engaged from start to finish.  I often fall asleep watching movies at night (yeah, I’m that guy), but I stayed awake to the very end.

People didn’t like the film’s representation of God as an 11 year old boy.  I was intrigued by the filmmaker’s choice to do this, and it made me pay attention in a way I might not have if God had simply been a disembodied voice.  By the way, did people get upset that Val Kilmer, the voice of Moses in Prince of Egypt, also provided the disembodied voice of God?

People didn’t like the naturalistic portrayal of the plagues.  This criticism makes me want to pull my beard out.  The plagues, while natural in execution, were obviously supernatural in origin.  That was the whole point of the advisor to Ramses who tried to explain them away as natural, but who ultimately wound up swinging in the gallows, because there was no way they were natural!

Of course, if people have a genuine conviction to not watch a film like Exodus: Gods and Kings, then they should not watch the film.  I do, however, think that many of the critiques I read were simply incorrect.

Here are a couple of good reads about the Christian response to Exodus.

Movieguide – I was very impressed by the five suggestions that the Movieguide people made.  Make sure to read the comments below the article, by the way.

Karen Marya – I’ve linked this article before, but it’s so good I want to link it again.  Karen is a part of the Sacred Arts Revolution, by the way.

Chip Hardy (Ph.D., University of Chicago), Assistant Professor of Old Testament and Semitic Languages at Southeastern – a fantastic perspective from an expert in the subject matter.   Thanks to Wesley at the Sacred Arts Revolution for the heads up on this.

I’d like to conclude my 20 day wrap-up with this little nugget that occurred to me after watching Exodus: Gods and Kings.

Christian filmmaking apologists will often defend the low quality of Christian-made film by saying that God uses the weak things of the world to shame the wise, and that God can even use a poorly made Christian film to impact the world.  And then, in the same breath, they lambast non-Christian-made Bible films as being heretical and unbiblical, saying that Christians should not see such films.

Isn’t it interesting that these Christians defend the Christian-made material so strongly, but often don’t extend this same courtesy to non-Christian-made films like Noah and Exodus: Gods and Kings?

Can’t God use non-Christian-made films to bring people to Himself, and shouldn’t we (as Christians) look for ways to be a part of that happening?

A little bonus cultural tidbit for your reading pleasure.

We’re celebrating the Qingming Festival in China this weekend.  It’s a lunar-based festival where people traditionally go to the tombs of their ancestors and pay respect to the dead.

Family members clear weeds from around the tomb and add fresh soil to show care for the dead.  They also bring the dead person’s favorite food and wine, and burn money (or paper resembling money) so that the dead will have plenty.

This year, it just so happens that the Qingming Festival falls on the same weekend as Easter, when the women went to the tomb to take care of the dead and found that the tomb was empty.