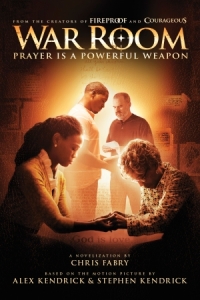 Mostly unedited comments from alleged Christians to a critical review of War Room. Follow the link above to read the review and see the comments in all of their glory.

“This review is laughable in it’s hatred of Christians and by the numbers, people are fed up with anti-Christian bigotry.”

“If you are unable to set aside your own beliefs and base the movie off of its own merrits, you should not be reviewing movies.”

“I never listen to reviews like this for a valid opinion about a film. Do you know why? Because any film review that talks about the evangelical agenda has an agenda of its own which is anti-faith and anti-God.”

“I hope [the reviewer] has the courage to challenge the God he will not follow to see how He responds to an honest, open-minded and humble seeker”

“The Godless in Hollywood hate that anything that pushes back on their statist agenda is more than welcomed by the general American public.”

“I am not surprised by your Hollywood critique of War Room.”

To the reviewer: “…all you’ve got is name-calling, slander, maligning, gossip, trash-talking and other sins of your tongue, which is the only obviously remaining weapon of a godless, atheistic lost sinner with no real weapons.”

“I only logged on to this to see what the guy had to say. He is a non-believer. What do you expect? … As for the reviewer . . . throw a rock into a pack of dogs. Who yelps?”

“To a spiritually dead, hollow progressive this film is an affront to the pathetic lackluster purposeless life that their 5star reviews cater to.”

“The lost in our midst need to see this movie.”

“What part of “made $11 million the first weekend with a $3 million
budget” did you miss?”

“Predictable bigoted review. Try some Preparation H for your butt-hurt…”

“Don’t hide behind your silly claim that you are some kind of movie critic. If you don’t like such movies, don’t go. Your loss. I wonder if you go to church regularly (not too busy are you?)”

“It’s disgusting how the blogosphere conspires to bash Christian movies. You don’t want to see a faith-based movie? Don’t buy a ticket for one.”

“The entire problem with Hollywood is that they are accepting on everything EXCEPT faith based films. If they would have an open mind and actually watch the film for what it is & do away with all of the vulgarrities & sexual story lines, there would be a major change in Americas society!”

Some random thoughts after wading through the morass of that comment page.

1) Christian commenters, you complain about a Hollywood anti-Christian bias, and then you go and act like this? Are you familiar with the term, “self-fulfilling prophesy”?

Internet Christian Living 101:  The comments you make on websites like this will either draw people closer to Christ or push them away. The truth of the matter is that if I wasn’t a Christian, most of the comments on the page I referenced would make me glad that I wasn’t, and would push me further away.

Christians, remember James 3:7-12, and replace “tongue” with “keyboard”, and you’ll get the idea.

2) Yes, a Christian-made film has made it to the #1 place in the box office, and if that makes you proud, then you also have to be prepared for that film to be disliked and even trashed by secular critics. That’s a part of the game. This is even more relevant for reviews written about movies aimed at the evangelical Christian audience, and not necessarily because of a religious bias (although that certainly exists).

Rather, I contend that the negative reviews are written because our films generally don’t hold up to the best of Hollywood standards. They just don’t. You can deny that, or you can encourage filmmakers to up their game, but until the quality of our films change, they will continue to be critically reviewed.

And it will continue to not be pretty. 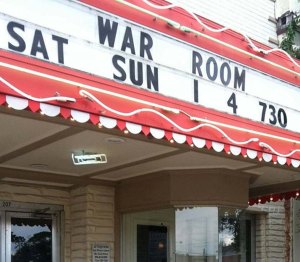 3) The comment, “It’s a film made for Christians, so what did the reviewer expect?” holds absolutely no water. War Room is a Sony Pictures production, not a Sherwood Baptist production. It was released by a secular film studio into a thousand secular theaters, marketed for release by a secular marketing company, advertised on secular television, websites, and newspapers.

We didn’t seem to have a problem with any of that, but for some reason, when a secular reviewer gives a negative review of the film, we have fits of righteous indignation?

Brothers and sisters, if we’re going to run with the big dogs, we have to be willing to suffer a nip here and there. And if we can’t handle the idea that our films might be critically reviewed by secular critics, then we should consider pulling out of the secular film business altogether and only show our movies in churches and summer camps.

5) Along those lines, if you are one of the people who is impressed by the box office returns of War Room, imagine the box office if the Kendrick brothers weren’t satisfied to only make message movies aimed at the evangelical audience. Imagine if they intentionally made movies that attracted people outside the Christian subculture, and didn’t simply see them only as collateral damage. Imagine the box office, and not only that – imagine the potential eternal gains.

It kind of blows the mind.

#5) Finally, brother and sister Christian, don’t attack critics. Just don’t. You have no idea how stupid it makes all of us look, and how unappealing it makes the Christian faith appear to be. Engage critics in friendly discourse, argue points of good filmmaking, permit them their own opinion, but stop using the review’s comment section to question the critic’s eternal destination or to preach Scripture at them.

Just stop, I beg you.

Christians, we need to grow up and do better. Believe it or not, the world is watching.

Things that make you go “hmmm”…

It made me sad to watch this video with the guys at Collider.com, and especially to hear John Campea’s reasoning for not reviewing faith-based films – at least partially because he didn’t want to open himself to the kind of negativity he saw on the Cinemablend review.

And if any of those original commenters on that original review of War Room happen to read this, I hope that you feel plenty ashamed for blackening the name of Christ in the way you responded. Do you realize that people outside the church are talking about your misbehavior, and it’s not in a way that is bringing glory to God in any way, shape, or form?

I think it’s time you go into your War Room and repent, brothers and sisters. And I don’t mean any of that ironically.