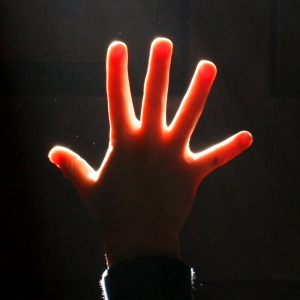 I decided from the beginning of this challenge to be honest in my daily reports.  Whatever I was experiencing, I was going to record, for better or worse.

So, yesterday was on the worse side.  Sorry about the downer.   Today was much better.

1)  The tiny little men who live in the internet really do pay attention to what you do when you’re online.  If you spend your time looking at a lot of Christian media, the tiny little men will notice and start shifting the adverts around until you get more and more adverts for Bibles and Chris Tomlin music, and fewer ads for Budweiser and Viagra.  Thanks, tiny little internet men!

2)  Watching streaming television or movies in China is more frustrating than sleeping on a bed with scratchy sheets and a couple of hungry mosquitos buzzing around in the room, while someone sits nearby in a squeaky rocking chair softly humming “Baby, Baby, Baby” slightly off key.

3)  I’ve been spending a lot of time perusing online Christian bookstores these past five days, and I’ve decided that Christian consumerism is a funny animal.  On the one hand, there are many wonderful products that are created and sold to build up and encourage followers of Jesus to be better followers of Jesus.  On the other hand, they say that over half a billion dollars in Bibles alone are sold every year.  Half a billion dollars.  Just for Bibles.  So, that would mean in my 12 year old daughter’s lifetime, over $6,000,000,000 of revenue has been generated in Bible sales alone.

The big business side of Christianity makes me feel just a bit icky, and this challenge is exasperating that feeling.

4)  I mentioned in my first post that I’m a big-time movie soundtrack guy, so these past five days I’ve really been missing my Thomas Newman, Hans Zimmer, and Christophe Beck.  But, I’ve actually found a Christian film composer whose work I like!  His name is Ben Botkins, and you can hear some of his compositions on soundcloud.  I found him because of his work on a recent indy Christian film about the life of Polycarp, called – wait for it – Polycarp.

Any Christian filmmakers out there looking for someone to score your new film?  Give Ben a listen.

5)  Christian filmmakers can make misleadingly good movie posters.  This has caused me to begin watching several movies that I think will be decent based on the professionally produced movie poster, just to find out it was filmed on a hand held camera.

Therefore, I recommend we come up with a new ratings system for faith based films.  Sure, the MPAA will make their own ratings if the film is released theatrically, but I think we need something to help folks like me understand what we’re getting before we put down our hard-earned coconuts.

My suggestions, which I propose should be called the Thimblerig Ratings System:

Rated N (newbies) – the film was made by newbies.  Their hearts were in the right place, but they had no money, no training, and it shows.  Only watch if the filmmakers are your friends or relatives.  Lots of overt Gospel talk.

Rated V (veterans) – the film was made by veterans, who were only just newbies a couple of  years ago.  They made a couple of trainwreck movies, and learned from their mistakes, managed to get some funding, and so they’ve improved.  You still wouldn’t want to watch this film with anyone who isn’t also a die-hard Christian, but it’s a bit more entertaining for the choir.  Still lots of overt Gospel talk.

Rated P (preachy) – the film is pretty good technically, so they must have actually hired some professionals to be behind the camera.  The film is still very preachy, so unless your non-Christian friend really loves you, don’t show them this film.  Still lots of Christianese being spoken, and lots of overt Gospel talk.

Rated A (amazing) – the film is amazing!  The Gospel is there, but as in the parables of Jesus, you might have to work a bit to find it.  The film is well acted, well scripted, well filmed, and well directed.  You can freely take your non-Christian friends to see this film, and it will definitely provoke some good seed-planting conversation afterwards.  There may be some non-family-friendly elements, but it services the story, so get over it.

And a special rating…

Rated HMJ (Help me, Jesus!) – never mind about anything else, the writing in this film is so poor that you want to fill your ears with honey, cotton balls, and centipedes to avoid having to listen to the corny, canned, Christianese dialogue.  I mean, the dialogue is not even as good as the dialogue used by George Lucas in Star Wars Episode 2:  The Attack of the Clones, and that’s saying something.  Buy a copy of this film and then bury it deep in the ground.

That’s it for day 5.  Tomorrow, I’m excited that my family and I get to watch Unbroken for Friday Family Movie Night!  (available in Christian retailers!  Yay!)

Nate is taking part in The 40 Days (and Nights) of Christian Media Challenge.  Read about it here, and follow along for the next 35 days.