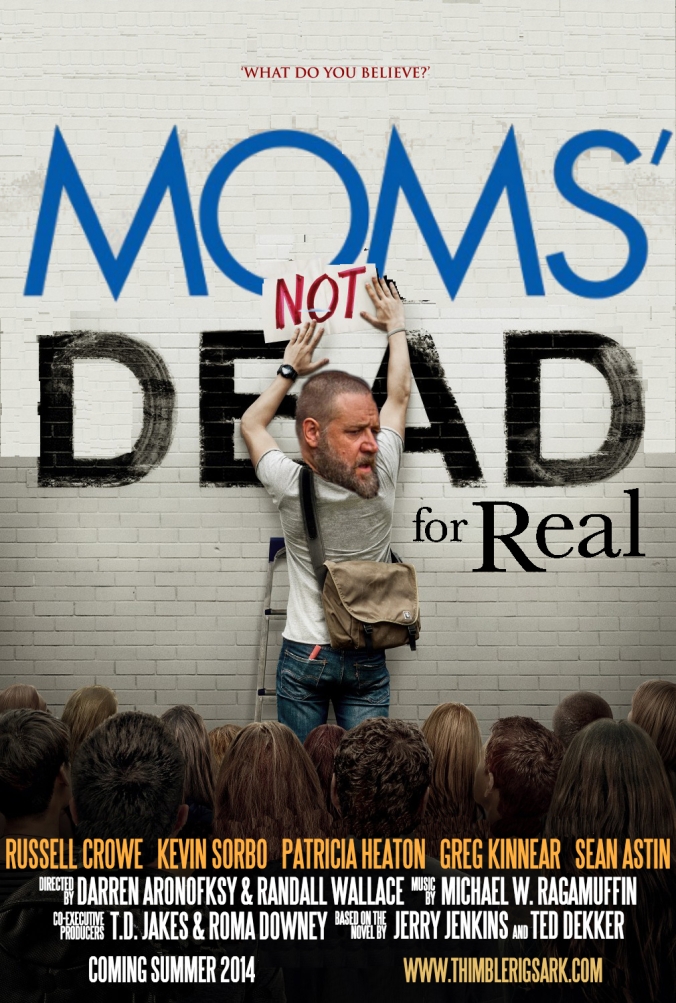 FAITH BASED FILM OF 2014 COMING THIS SUMMER!

“Mom’s Not Dead for Real”

Kendrick, an older bearded student studying philosophy at Reed College, has a vivid dream one night that heaven is for real. When he wakes up, his wicked professor, Dr. Hercules, mocks his beard and his dream, telling him that his mom, Debra, had gone out with some friends the previous night and died… and NOT gone to heaven.

Of course, the pure-hearted Kendrick refuses to believe it, and sets off on a hero’s journey to find her. Using information from the snakeskin given to him by his uncle Hannibal, Kendrick builds an ark, and as he, Trace Adkins, and Hermione Granger sail off to find his mom, wacky hijinks ensue.

Will Kendrick be courageous enough to face the group of fireproof rock giants who have taken his mom, or run the risk that she could be left behind in a shack… forever?

5 thoughts on “Mom’s Not Dead, for Real! The Movie”